Snow is a central component in Inuit Land survival. In addition to building shelters and navigating, it provides water for people travelling on the land. However, as students will learn in this lesson, not all types of snow are equal when it comes to hydration.

At the end of this lesson, students will be able to determine the percentage of water in a snow sample through experiment and/or calculations, identifying the type of snow that contains the most water.

By formulating an hypothesis, proceeding to an experiment and come to a consensus on the interpretation of the results, students will demonstrate the competency: seeking answers or solutions to scientific or technological problems.

Qaujisartuq: the emergent learner is observing and listening

Combine this introduction to an excursion on the land, or make it an activity in itself. Take your students on the land and prepare tea for the group by melting snow in a pot. Emphasize on the change in volume and make connections to the changes of phases. It is an ideal time to invite a knowledge holder to talk about the types of snow, their importance and uses.

Although there is a multitude of types of snow, we suggest working with the following three.

As you enjoy your tea on the land, make sure that students are familiar with some characteristics of these types of snow such as look, texture, weight, hardness, etc. Enhance student’s awareness of the types of snow by asking questions:

2. Percentage of water in snow

Tukisinaksijuq: the communicative learner develop their awareness by repeating a task that they know how to complete

Suggest a challenge to your students. On the land, their task will be to identify the type of snow that provides the most drinking water. We suggest proceeding to this experiment with the three types of snow mentioned above (aqilluqaq, sitilluqaq, pukajaq).

There are two different ways to proceed to this experiment. You could choose just one or both, make two groups who will compare their results, make this activity twice… it is up to your professional autonomy.

The first method is to compare the volumes (ml) of snow and water from a sample that is melted. This can then be expressed in a simple ratio or converted to percentage. This method is great to teach about changes of phase and is more authentic to the way Inuit use snow to make drinking water. However, it does not explain why different types of snow contain different amounts of water.

As the activity goes on, ask questions to the students to deepen their reflection on what they are doing.

Ask students to explain in their own words why the density of the snow is related to the percentage of water in snow.

Tukisinaksijuq: the communicative learner reflects on the results with others and draws connections to other knowledge

On the land or in the classroom, discuss the results of this experiment. Compare student’s results within or across methods.

It is a good time to expand on the concept of phases and change of phases from snow to water and eventually steam or on density and its relationship to water percentage. You can also address some biases that you noticed in the experimentation, such as students boiling away their water, collecting irregular amounts of snow or not determining the net weight of their samples.

To conclude, ask your students to come to a consensus, informed by their results, on the best type of snow to melt into drinking water (quantity wise). This part of the lesson is culturally significant, as consensus (aajiiqatigiiniq) is an important way of coming to a decision in Inuit culture.

For this lesson, we suggest focusing the assessment on the experimentation as part of the scientific method. Such an assessment includes not only how accurately students follow the protocol, but most importantly if they can identify potential biases, understand the importance of the constraints and can relate the results of their experiments to the hypothesis they formulated.

All students will be able to formulate an hypothesis about water percentage and to follow the steps of one of the protocols. They will identify their difficulties.

All students will be at the transitional stage of learning (Tukisilirtuq) where they are applying a procedure they learned. With help, they will talk about their success and difficulties.

Most students will confirm or infirm their hypothesis after following the steps of one of the protocols and share their results. They will recognize errors or biases.

Most students will reach the communicative stage of learning (Tukisinaksijuq), sharing and reflecting on results with others.

Some students will additionally understand the relationship between the two protocols and use accurate information to take part in the conversation about results. They will identify and sometimes avoid biases.

Some students will go further in the communicative stage (Tukisinaksijuq) by drawing connections between the two protocols and beginning to think critically about the process.

United States National Park Services (n.d.). How Much Water is in this Snow? Document accessible at: https://www.nps.gov/glac/learn/education/upload/How%20much%20water%20is%20in%20this%20snow%20activity.pdf 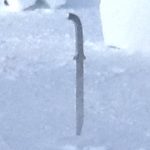 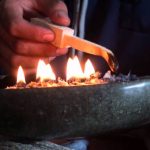 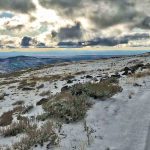 Nunavik-IcE is a digital learning platform developed by Kativik Ilisarniliriniq, the central service provider for trilingual education for all Nunavimmiut. The platform was created to foster ongoing development and sharing of relevant educational resources for Nunavik communities.